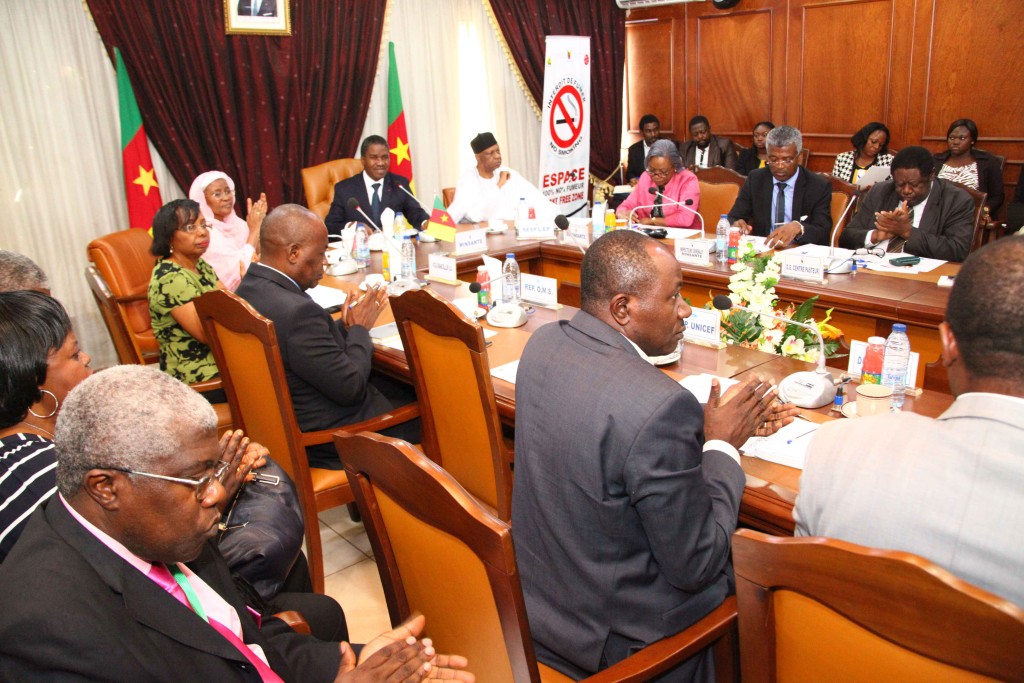 COUNTDOWN is a multidisciplinary research programme made of researchers, policy makers, practitioners and Implementation Research specialists from the UK, USA and Africa, who have come together with the ultimate goal of generating knowledge and sustainable solutions necessary in controlling and eliminating 5 of the 17 Neglected tropical diseases (NTDs) listed by the World Health Organisation. These NTDs are schistosomiasis, soil-transmitted helminthiasis, onchocerciasis, lymphatic filariasis and trachoma. The Project is being implemented in four African countries : Cameroon, Ghana, Liberia and Nigeria.

Neglected Tropical diseases are a set of parasitic and bacterial infections occurring mainly in tropical regions and are associated with increased health, social and economic burdens. They mainly cause distress for populations living in poor conditions, dwelling in close proximity to infectious vectors thereby exacerbating mortality and morbidity.

The COUNTDOWN Project in Cameroon was officially launched on the 9th October 2015 at the Ministry of Public Health, Yaoundé. It was presided by his excellency, the Minister of Public Health, Andre Mama Fouda and in attendance were key officials amongst whom were the Minister of Basic Education, WHO representative to Cameroon, the COUNTDOWN team from Liverpool School of Tropical Medicine led by the Project Director Russell Scothard. In addition, was the Vice Chancellor of the University of Buea (host of part of COUNTDOWN Cameroon research team) and partner NGOs: Helen Keller International, Perspective, Sight savers and International Eye Foundation.

In his welcome speech, the Minister of Public Health stated that “the fight against NTDs is a tool to check poverty because as a disease for the poor, vulnerable and lowly, if NTDS are completely eliminated, this will break loose victims and survivors from the vicious cycle of eternal poverty’’.

Professor Louis-Albert Tchuem Tchuente, Cameroon COUNTDOWN manager delivered a brief history on NTDs control in Cameroon, successes and challenges such as insufficient  human resources, absence of vector control and the need for capacity building. Prof. Tchuem Tchuente and Prof. Samuel Wanji, scientist from the University of Buea, both agreed that translating scientific evidence into policy is a slow and long process but the collective endeavours of all stakeholders is fundamental to accelerate all actions which will bolster the eventual elimination of NTDs in Cameroon.

According to Prof. Russell Scothard, COUNTDOWN Director, the success of the programme will depend not solely on addressing the bottlenecks faced by the health system but also ensuring that all activities implemented take a multidisciplinary approach. Only then will there be a shift from a control to elimination paradigm, consequently attaining the goal set forth for 2020 in the London Declaration.

In his closing remark, the Minister of Public Health, Andre Mama Fouda promised to get the necessary tools and resources for this course and pleaded with stakeholders and partners to stay on board the COUNTDOWN ship so that the goal of eliminating NTDs in Cameroon can be achieved.